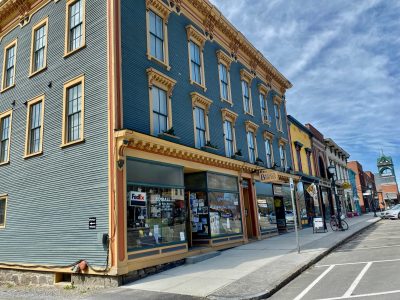 We are a small-town inn featuring 1, 2, and 3-bedroom hotel and apartment-style rooms. Each offers modern conveniences to make your stay comfortable, as well as on-site access to laundry and mini-fitness room. We are located on the main street of Bristol where you are within walking distance to shops, cafes, restaurants, groceries, and hiking. Our friendly Innkeepers, Niko, Mark, and Carol, will help make your stay as enjoyable as possible.

View our rooms and suites

Erected by Nobel F. Dunshee, the Dunshee Block is one of the oldest and most architecturally significant buildings in the downtown area. It provides an excellent example of Italianate Revival style architecture which found its way to Vermont following the Civil War. The building includes richly ornamental cornices at the roofline, window heads, and over the store fronts.

These, along with the wood trimmed clapboard façade, provide a strong, horizontal emphasis, and a style which was usually achieved only with cast or stamped metal. The main cornice rises above the roofline as a parapet and is supported by paneled corner pilasters and large elongated corner brackets. Other entablature detail includes ornate modillions, a paneled frieze, and segmented arches cut into the architrave between the brackets to visually receive the heads of the third story windows. Fenestration is evenly spaced and symmetrically organized; windows have denticulate cornices resting on consoles, two over two sash, and sills with feet.  Identical storefronts are set under a modillion cornice with heavy brackets framing the shops’ windows.

Various apartments and offices have been converted into the seven rooms of Bristol Suites. A narrow walk-up entry in the center of the building is the entrance to Bristol Suites. The lobby is immediately to the right of our entrance and can be viewed from the sidewalk through the large plate glass window. 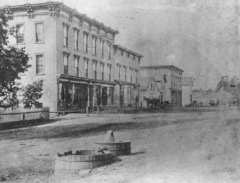 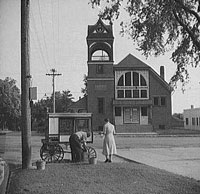 Tom and Carol own Wells Mountain, LLC, which was responsible for the most recent restoration of the Dunshee Block, which is the building that houses Bristol Suites. They also own the Deerleap Building next door, 28 North Street, 25 Mountain View, and the Old High School Building — all in Bristol.

Tom and Carol moved to Bristol in 1996. Before that, they divided their time between homes in New Jersey and Orange, Vermont. Tom and Carol owned Deerleap Books, located in the Deerleap Building, from 1996 until the store was closed in 2006.  The same year the store closed, they founded Wells Mountain Initiative, which is a 501(c)(3) non-profit which provides scholarships and support to over 600 WMI Scholars as it seeks to build a global network of grassroots leaders who are catalyzing community transformation.

Carol is the former Executive Director of the Bristol Downtown Community Partnership and also served Bristol for six years on its Selectboard (Town Council).  In addition to Bristol Suites, along with Tom, she manages the other properties owned by Wells Mountain, LLC and both spend many hours working on Wells Mountain Initiative.

Tom is a retired attorney and served Bristol on its Planning Commission for eight years and as its chairperson for five years.  He currently serves on the Bristol Development Review Board. He also serves on several Boards of Directors. 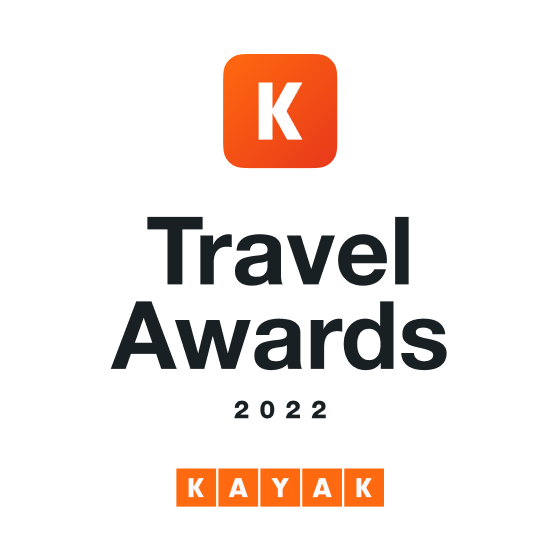 COVID Update: Masks are optional throughout the premises.